Aiton Heights is accessed from Wilderness Drive in Itasca State Park. This tower once stood near the park headquarters. A map from 1928 shows the tower and notes "New M.F.S. Tower - 110ft high."  It was moved to the present location in 1937 and fully erected in 1940.

The tower is open for climbing and has an interpretive program. It is a 100 foot stairway tower.

Both map and survey sources refer to this tower as Alton Heights Lookout Tower. Maps as late as 1972 show another tower near the park headquarters. Databases refer to that as the Itasca Fire Tower and describe that as a 94 foot ladder tower dating to 1939. That tower apparently was built when the stairway tower was moved to the Aiton Heights site.
A 1914 map prepared by W.T. Cox, State Forester shows a tower near where the park headquarters would be located and refers to that as the East Base Tower.


The tower seen above was probably the lookout erected after the first tower was moved to the Aiton site.

Neither the 1954 or 1958 USGS Bemidji 1 x 2 sheets show any towers in the park. Somewhat odd, as those maps have been good sources for locating towers.

The people of this state will forever remember Brower with gratitude as the founder of Itasca State Park and its defender and guardian, amidst many difficulties and discouragements, through his last years. His heavy cares and efforts for truthfulness of the river history and to protect the park and lake against ruthless damage by lumbermen are shown throughout his latest book, the MHS Collections vol. 11, but in the darkest hour, when the biennial session of the state legislature in 1893 adjourned without providing for the maintenance of the park, with unfailing courage he exclaimed, " shall live forever!"Another subject of much interest is presented by the admirable development of a belt of marginal moraine hills, knolls, and short ridges, traversing the south and west edges of the park. This is part of a very extensive course of such irregularly hilly deposits of glacial and modified drift crossing Minnesota, named the Itasca or Tenth Moraine. It is one of twelve similar marginal moraines traced in this state by the present writer, formed at stages of temporary halt or readvance during the general recession and departure of the continental ice sheet.Most of the information for this list is from Brower's MHS vols. 7 and 11, supplemented with various details from other sources.Like the majestic progress of an epic poem or a grand drama, the history of the gradual discovery of the Mississippi River runs through four centuries. Begun when Amerigo Vespucci in 1498 mapped the delta and mouths of this mighty stream on the north shore of the Gulf of Mexico, it continued till Brower in 1889-92 mapped the shores and islands of Lake Hernando de Soto in the south edge of Itasca State Park. The moving picture of this history is portrayed in words and in maps by the volumes of the MHS Collections. In the nomenclature of the park, a good number of the great explorers of the river are recalled, De Soto, Groseilliers and Radisson, La Salle, Schoolcraft, Nicollet. The vain endeavors of Glazier to link his name with those heroes aroused the just indignation of geographers and the officers of the Minnesota Historical Society. During a decade or longer a great strife raged concerning the true head of the Mississippi and the rightful name of. In 1905 Glazier and Brower, chief opponents in the strife, died, but the , which grew from it, "shall live forever."  - Minnesota Place Names, A Geographical Encyclopedia, Warren Upham 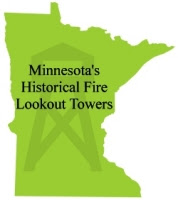